A field of cannabis in Illinois (Shutterstock)

CHICAGO — Drive from Chicago toward the Michigan beaches and you’ll pass billboards exclaiming “You puffed puffed passed us.”

Advertisements like these have sprouted up on Indiana’s highways along the state border, letting Hoosiers know they’re just “two miles from paradise” or rather a stone’s throw away from a legal weed dispensary.

“If there wasn’t a legitimate market they wouldn’t spend money on these billboards,” said Indiana Democratic state Sen. Rodney Pol, whose district sits in the no-man’s land of weed east of Gary and west of the Michigan line, where recreational pot is also plentiful.

Since legalizing recreational marijuana in 2020, Illinois has grown weed into a billion-dollar industry. The state rang in the new year with $1.38 billion in weed sales in 2021, more than double the previous year. December sales marked a record high for 2021, with nearly $138 million in sales.

A little more than 31% of those purchases last year were made by out-of-state residents.

Many of those residents came from Indiana, a state that banned the sale of alcohol in stores on Sundays until 2018 and has taken a similarly Puritanical approach toward weed.

But those attitudes may be changing: At least 39% of Hoosiers say that marijuana should be legalized for personal use and 42% support legalizing medical marijuana, according to a 2018 Ball State University survey. Just 16% of those surveyed said the drug should remain illegal.

And among the drugs that Indiana residents considered the most destructive, 50% identified cocaine or methamphetamine as a “very serious” problem, followed by prescription drugs such as Oxycontin.

Marijuana was the least likely drug to be identified as either “very” or “somewhat serious” problem.

In Indiana’s General Assembly, where Republicans hold a supermajority, legislators filed 13 bills related to legalization and decriminalization of marijuana this session — all of which failed to make it out of committee and died by February.

Democrats led the push to legalize weed, though at least one Republican, Rep. Cindy Ziemke, authored a bill in January to legalize both medical and recreational cannabis.

“The appetite is more than it ever has been,” Pol said. “I’ve had enough conversations on the other side that we should be moving there but there are other concerns that we’ll wait until it’s done federally.”

Since legalizing recreational marijuana in 2020, Illinois has grown weed into a billion-dollar industry. The state rang in the new year with $1.38 billion in weed sales in 2021, more than double the previous year.

Even if they had advanced, the bills would have faced an uphill battle against Gov. Eric Holcomb, a Republican, who has dug into his position that Indiana shouldn’t legalize the drug until the federal government gives it the green light.

That puts Indiana behind 37 states including Mississippi, which legalized medical marijuana in February.
As of November, 18 states plus two territories and the District of Columbia have enacted laws regulating recreational cannabis. With the exception of Kentucky to the south, Indiana is surrounded by states that have legalized weed in some form.

“Right now it’s unregulated. I don’t understand the concept of ‘if you make it illegal it’s better.’ We’re making them criminals by having to go to other states,’” said Sen. Greg Taylor, an Indiana Democrat who introduced a bill in January that would have established a medical marijuana program.

The cannabis industry itself has pushed the line that legal weed has created more American jobs than coal today and nearby Illinois’ numbers could tempt business-minded Hoosiers. But Indiana shouldn’t chase legal weed as a road to robust tax revenues, according to Skyler McKinley, who served as the state of Colorado’s founding deputy director of the Office of Marijuana Coordination.

“The biggest mistake you can make in drug policy is to legalize cannabis for tax revenue,” he said.

The amount of revenue gained from legalizing a product previously sold on the black market can be hard to predict, in part due to a lack of historical data, according to The Pew Charitable Trusts.

Six months after Nevada began collecting taxes on marijuana, the state discovered 40% higher revenue than expected, while in California revenue in the first six months fell 45% below projections, a Pew analysis found.
In 2020, the pandemic fueled volatility in Colorado’s weed market, where tax collections dipped by 2% that spring.

Indiana isn’t cash-strapped enough at the moment to consider legal weed a saving grace — the state has estimated it will enjoy a $5.1 billion budget surplus by the end of this June. 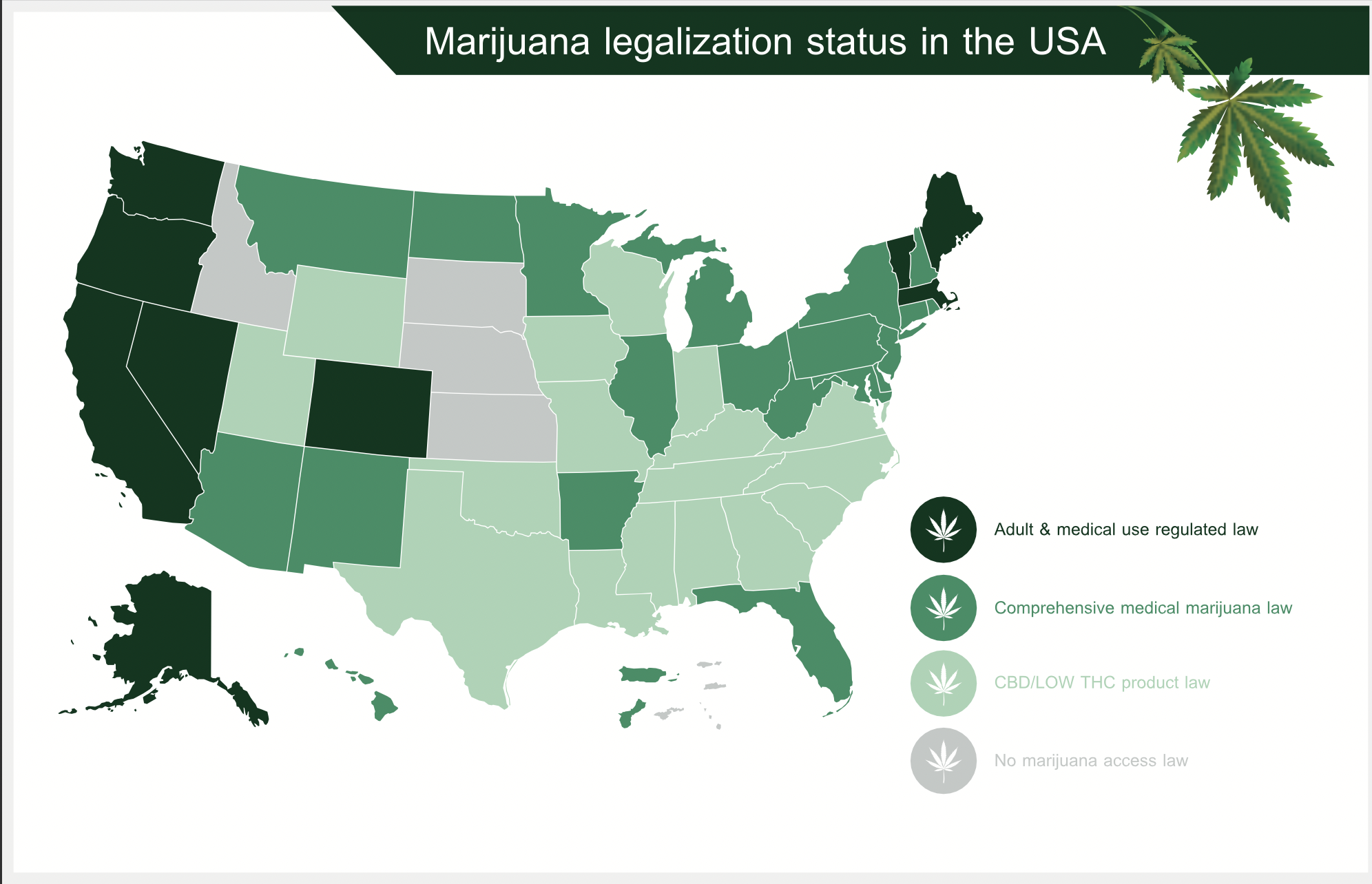 While advocates for legal weed will point toward increased tax revenues, state programs related to cannabis can absorb much of that cash, McKinley said. In Colorado, that included legal cannabis campaigns and training that helps officers evaluate drivers suspected of drug impairment.

“People are making a lot of money on Colorado cannabis but in terms of what the state gets, you don’t get a lot of shiny things,” McKinley said.

In Illinois, 25% of the tax revenues and fees from the sale of weed goes to the Restore, Reinvest and Renew program, an initiative under Gov. J.B. Pritzker that distributes funds to organizations serving communities hard hit by violence, incarceration, and disinvestment.

Indiana may not be leaving money on the table that could fund major infrastructure programs by failing to legalize weed, but it is neglecting potential funds that could be used to regulate an illicit market, McKinley added.

In 2020, marijuana possession accounted for 40% of the state’s nearly 11,000 drug possession offenses that year, according to data reported to the FBI. Almost 38% of those who were arrested for marijuana possession were Black and 58% were white, though Indiana is 9.9% Black. Marijuana made up 23% of arrests for drug sales offenses.

“The first thing that stood out to me, when you look at marijuana usage rates and the people prosecuted, there was a significant racial disparity,” said Marion County prosecutor Ryan Mears, whose jurisdiction manages Indianapolis. “It became an easy decision. If we’re going to get serious about issues of equity, then we’re not going to tolerate these types of injustices.”

In late 2019, Mears announced his office would no longer prosecute certain marijuana offenses, including possession of less than once of the drug, and instead focus on violent crime.

Members of the General Assembly have since seized on his effort, painting Mears as a “social justice prosecutor.” State Sen. Mike Young’s “Noncompliant prosecutor” bill, which would allow the attorney general to intervene if a prosecutor refused to enforce the law, moved ahead to the House in February.

Mears also pointed out the financial argument for refusing to prosecute minor possession.

“When you delve into the costs of marijuana conviction, the collateral consequences are significant,” he said. “When they get arrested that is an incredible disruption to their lives. If they don’t show up to work and you don’t get paid…given those consequences, I’m a big believer that we’re going to let adults be adults.”

“The biggest mistake you can make in drug policy is to legalize cannabis for tax revenue." — Skyler McKinley, who served as the state of Colorado’s founding deputy director of the Office of Marijuana Coordination

Since instituting his policy, he claimed that the prosecutor’s lab has taken 300 to 400 cases out of the criminal justice system. That has freed up resources for the backlogged lab to deal with other issues, such as DUI cases, he said.

While members of the General Assembly are sharpening their knives against his policy, Mears said the response from residents in Marion County has been “overwhelmingly positive.”

“For some people it’s racial equity, for other people it’s medical, some want to keep the government out of their lives…it’s the one issue that unites people which is strange in these times,” he said. “Even the business community, people who own hotels and bars, they love this policy because they were losing employees to it because they were arrested.”

Jeff Staker, a Marine veteran and Miami County resident who founded Hoosier Veterans for Medical Cannabis Inc., is one of those Indiana residents who is flouting the state law and turning to medical cannabis.

After serving in the Marines for 11 years, he suffered chronic back pain from a bulging disc. The VA prescribed Oxycontin to him for nearly 10 years and Staker claimed he was running the risk of overdosing in order to relieve his pain. Meanwhile he saw his fellow veterans overdosing on opioids, having their medication cut off cold turkey or turning to street drugs like heroin once they couldn’t access prescription medication.

After retiring in 2016, he became a medical cannabis patient and started procuring the drug from out of state.

“You only have to go next door,” he said. “We have Michigan, Illinois, and Ohio. When Michigan opened up there were dispensaries right across the border, half the cars in the parking lot had Indiana license plates.”

In February Staker spoke with members of the General Assembly on another bill, Senate Bill 84, that would require the state health department to prepare an annual report on suicide and overdose fatalities in Indiana.

The bill’s fate looks better than that of any cannabis legislation in Indiana, even that governing medical marijuana that could help Hoosiers like Staker.

“We will not go directly to decriminalization, we take small steps here in Indiana,” Taylor said. “Indiana always last to the party and we tend to be a little bit more methodological about the way we approach things like cannabis.” 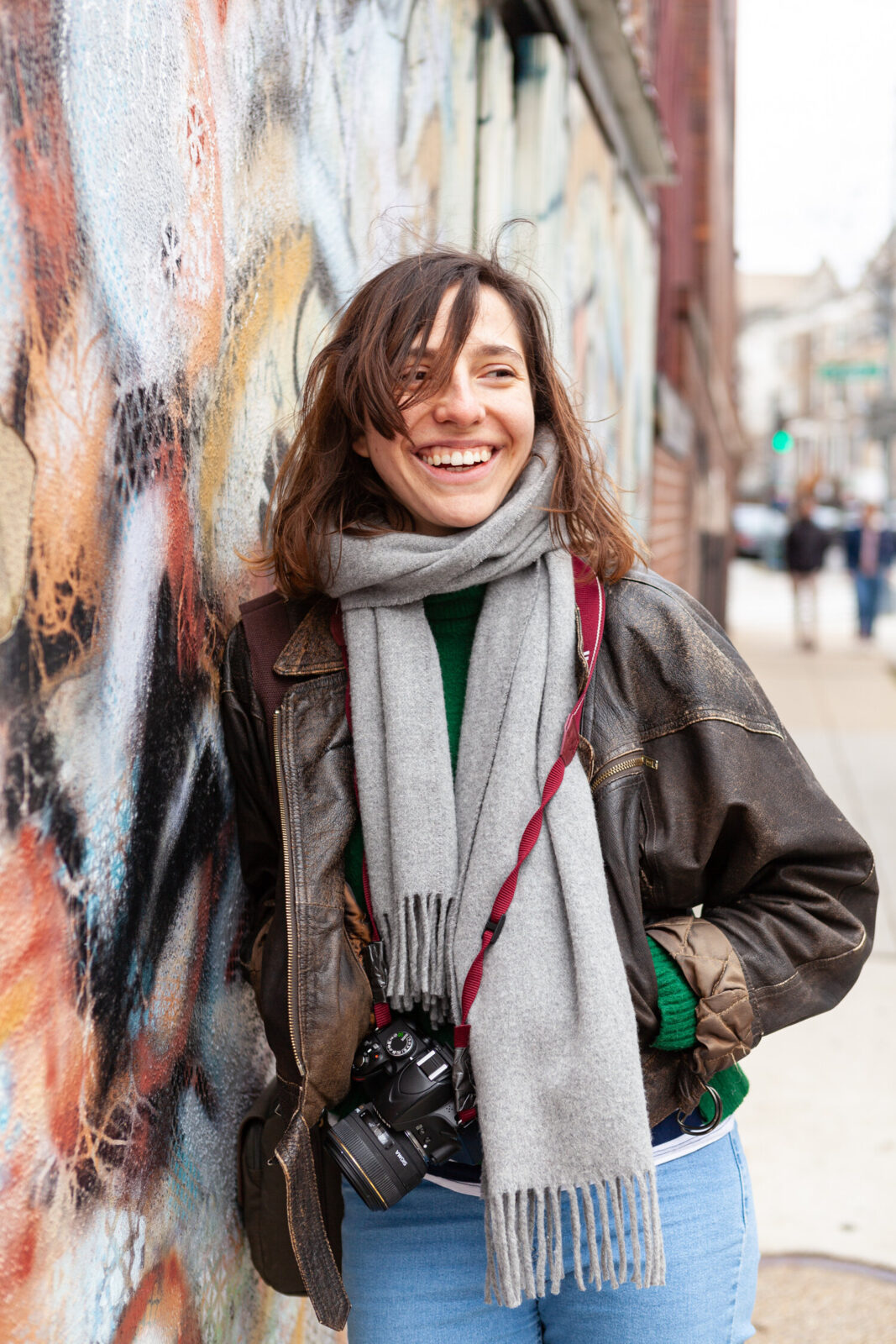 Leigh Giangreco is a journalist who has contributed to The Washington Post, Politico Magazine, Eater Chicago, and the Washingtonian, among others. A native Buffalonian, she is based in Chicago.