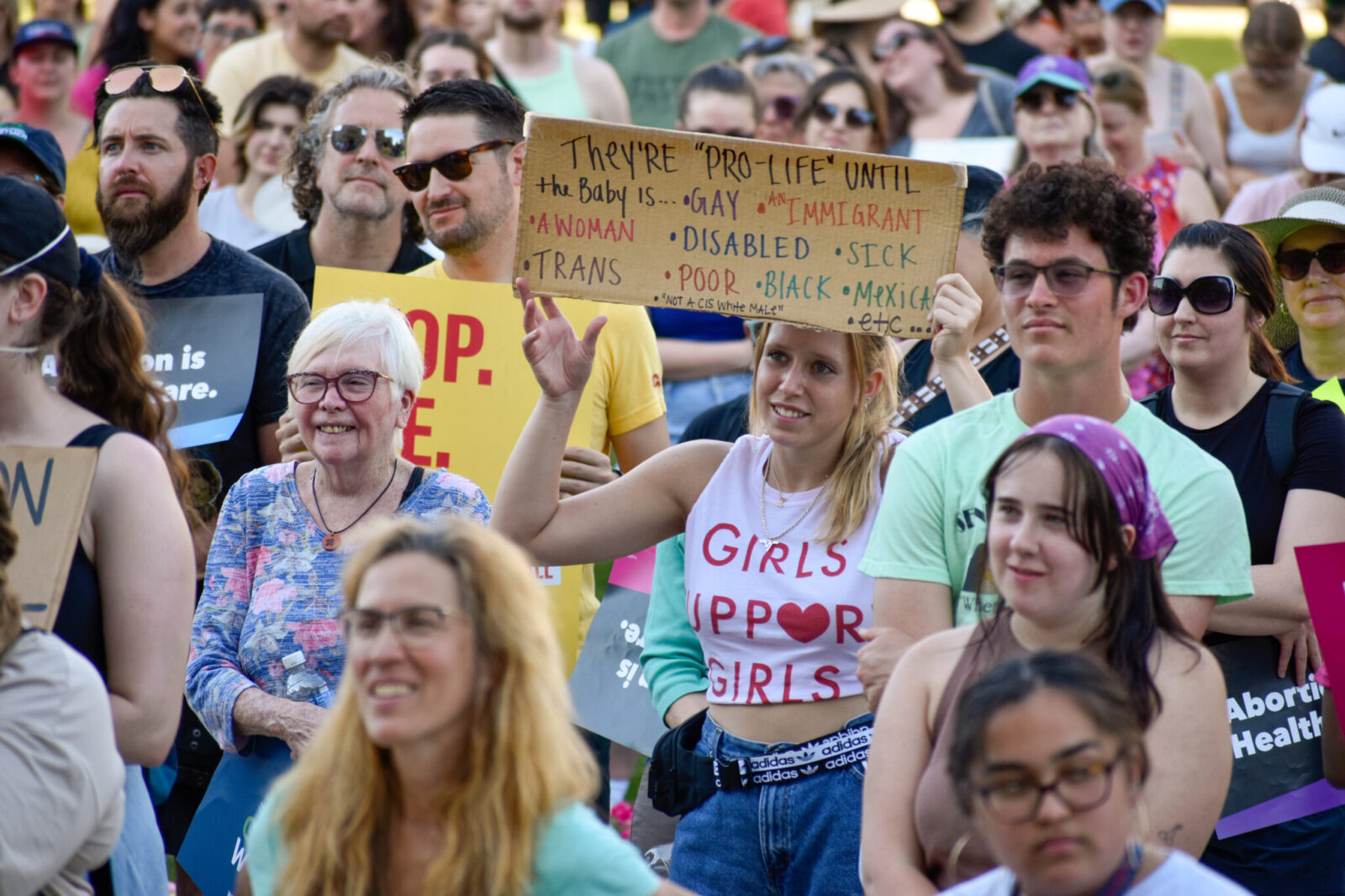 Hundreds of people braved the heat in Lansing to protest the Supreme Court’s decision to remove abortion protections for millions of people on June 24 2022. // Photo by Andrew Roth via Michigan Advance

Abortion was one of the biggest issues of the year in Michigan after federal protections of reproductive rights fell in June. A flurry of legal action kept abortion care legal in the state while advocates worked to pass Proposal 3 and enshrine abortion rights in the Michigan Constitution.

The U.S. Supreme Court ruled on June 24 to overturn the landmark 1973 Roe v. Wade decision, which declared abortion to be a constitutional right. It wasn’t completely unexpected after a leaked draft decision from SCOTUS to overturn Roe v. Wade was made public in May.

Many in Michigan saw the writing on the wall well before the draft decision was leaked and worried that the state’s 1931 abortion ban, which prohibits doctors from performing any abortions except to save the life of the “pregnant woman,” would go into effect.

On April 7, Gov. Gretchen Whitmer filed a lawsuit with the Oakland County Circuit Court to recognize the right to an abortion under the state Constitution and repeal the 1931 abortion ban. Planned Parenthood also filed a lawsuit that day to make the 1931 ban unenforceable.

In May, a Court of Claims judge granted a preliminary injunction in the Planned Parenthood lawsuit, which ultimately upheld the right to perform and obtain abortions in the state after Roe fell and through multiple attempts from anti-abortion activists to reinstate the 91-year-old abortion ban.

By August, the state Court of Appeals gave county prosecutors power to enforce Michigan’s 1931 abortion ban, exempting them from the Court of Claims’ injunction. However, that power didn’t last more than a few hours.

Whitmer responded immediately by asking the Oakland County Circuit Court for a temporary restraining order on the ban, which Judge Jacob Cunningham granted and ruled to keep in place. 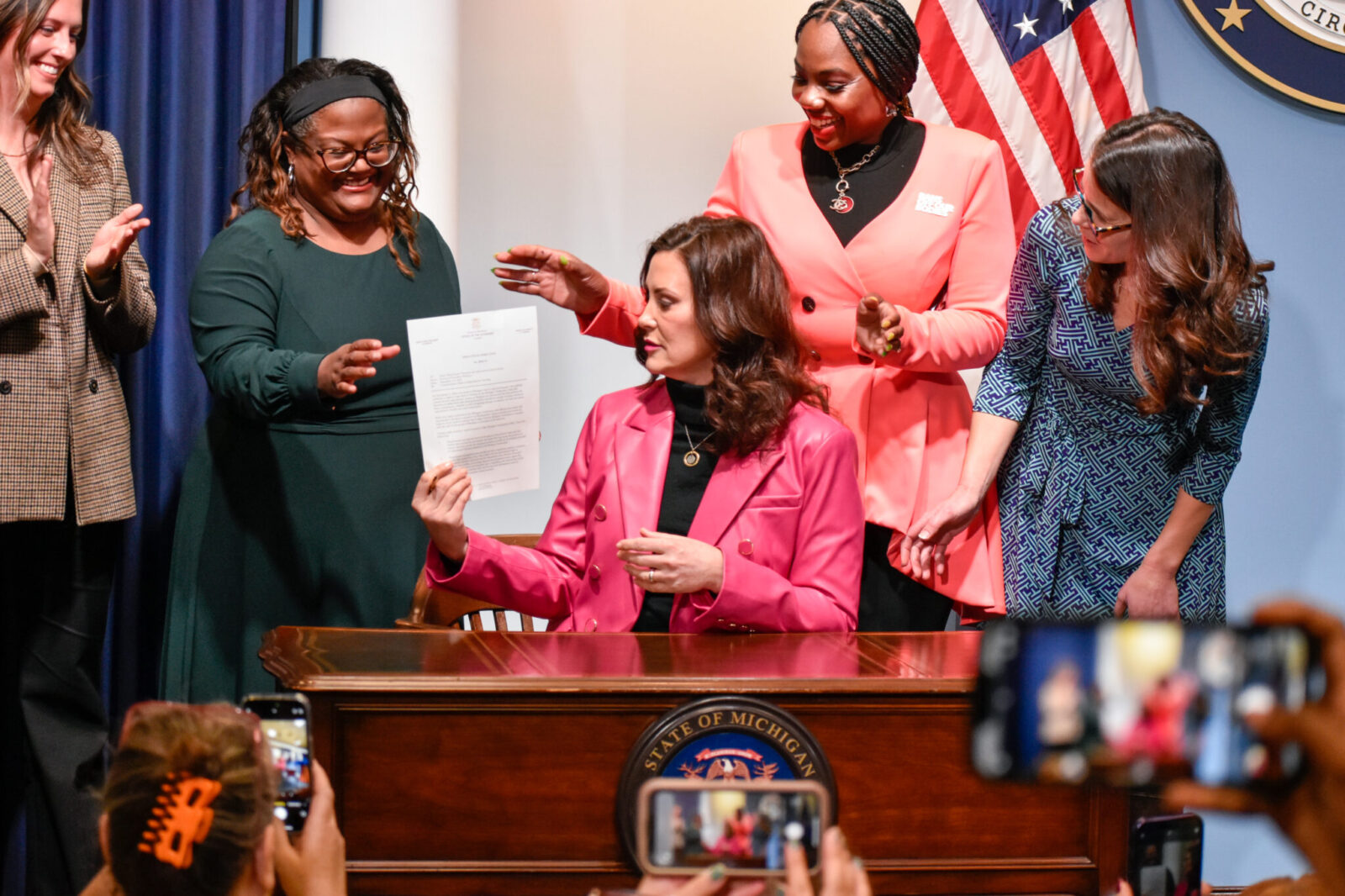 There was also the Reproductive Freedom for All (RFFA) ballot initiative, later known as Proposal 3, which aimed at protecting reproductive freedom and Michiganders’ right to make and carry out decisions relating to pregnancy, including abortion, birth control, prenatal care and childbirth.

The RFFA campaign made history in July when it filed 753,759 signatures to get on the Nov. 8 ballot, breaking the record number of signatures gathered for a ballot initiative in the state. Proposal 3 ended up passing by a 13-point margin with 57% of the vote.

Amid the flurry of legal proceedings, abortion-related legislation and efforts to get Proposal 3 on the ballot, many people shared their own personal stories and concerns.

Here is a roundup of those stories you might have missed this year:

Hillary Brandenburg, a woman from Marquette, shared her story about the hurdles she faced getting an abortion as a rural woman in the Upper Peninsula.

Much of the Upper Peninsula is considered an abortion desert, meaning people need to travel 100 miles or more to access abortion care. There is currently one clinic offering abortion services in Marquette. However, at the time of Brandenburg’s pregnancy a decade ago, the closest clinic that provided abortions was 250 miles away in Traverse City.

“If we’re thinking about abortion deserts, there are a lot of barriers that exist for people trying to access care, and it’s everything from finding an abortion provider to being able to navigate all the logistics in getting to the provider and home again and those logistics can include an additional hundreds of dollars,” said Elizabeth Nash, state policy analyst for the Guttmacher Institute, a Washington, D.C.-based abortion rights think tank. 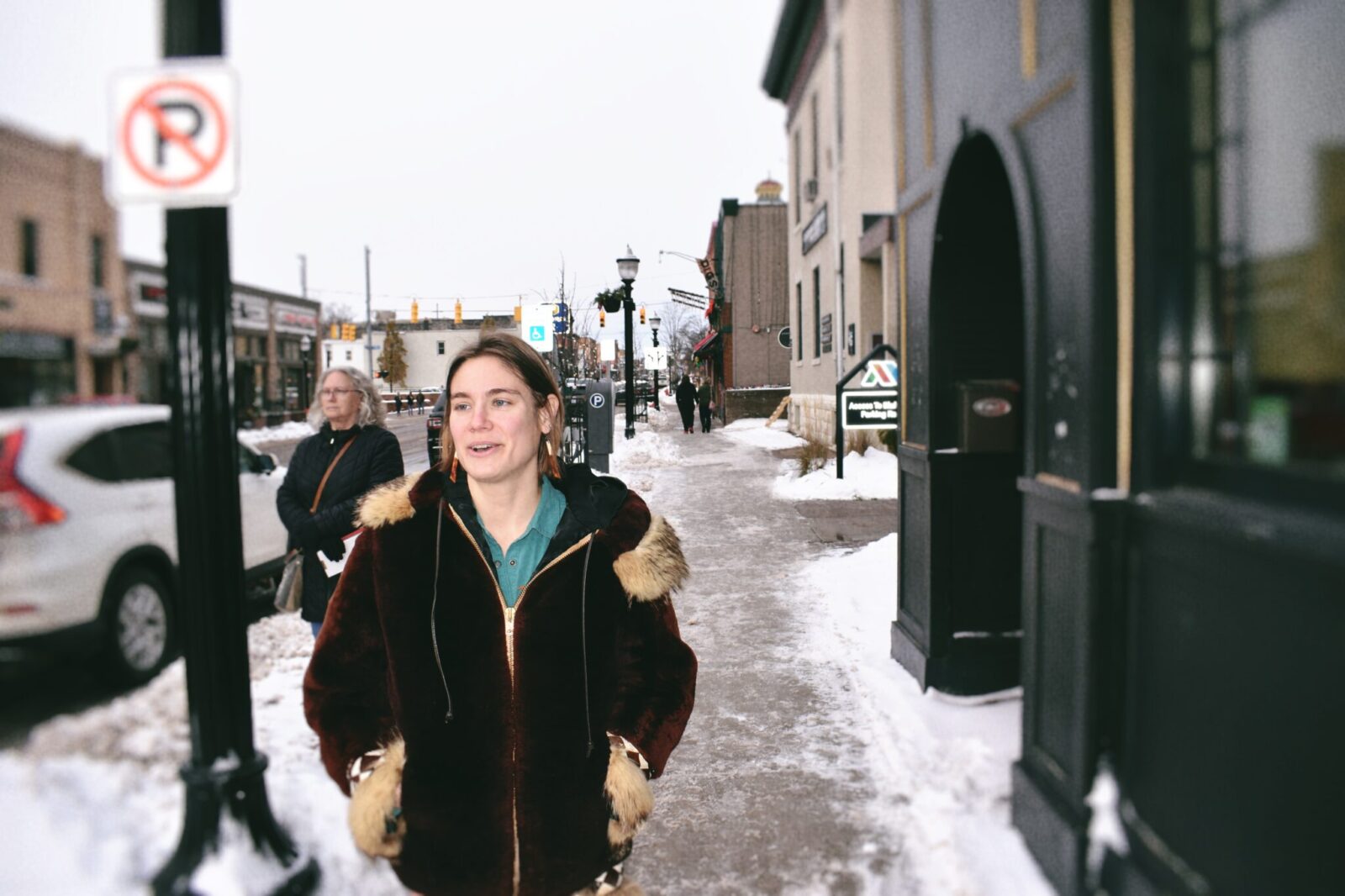 Two women share their abortion stories ahead of a decision on Roe v. Wade

State Rep. Christine Morse (D-Texas Twp.) shared her story of finding out she was pregnant during an appointment in 2011 to get an MRI to monitor her breast cancer. Morse was previously trying to conceive, but the cancer diagnosis sidelined those plans.

The treatment needed for the cancer was a drug that was incompatible with pregnancy, so Morse made the decision to get an abortion to combat the cancer.

“I felt like my story is one that’s important because I’m a person who had to make a difficult choice, but there was still a lot of ambiguity in my story,” Morse said.

Another woman, whose identity is kept anonymous to protect the identity of her health care provider, shared her story about obtaining abortion medication through a midwife and the anxiety she felt around getting medical care from a hospital when she experienced excessive bleeding.

“I knew that I was going to have to lie when I went to the hospital and say that I had a miscarriage,” the woman said. “So I went in and I was like, ‘hey, I am a student midwife. I know what’s going on. I’ve been having a miscarriage for a few days, but something is not right.’”

After the Supreme Court’s draft decision to overturn Roe was leaked, Nicole Wells Stallworth, the executive director of Planned Parenthood Advocates, shared her concerns with the Advance.

“This is tragic. It is unprecedented. It is not the will of the people and the electorate. It’s a very devastating disappointment,” said Wells Stallworth. 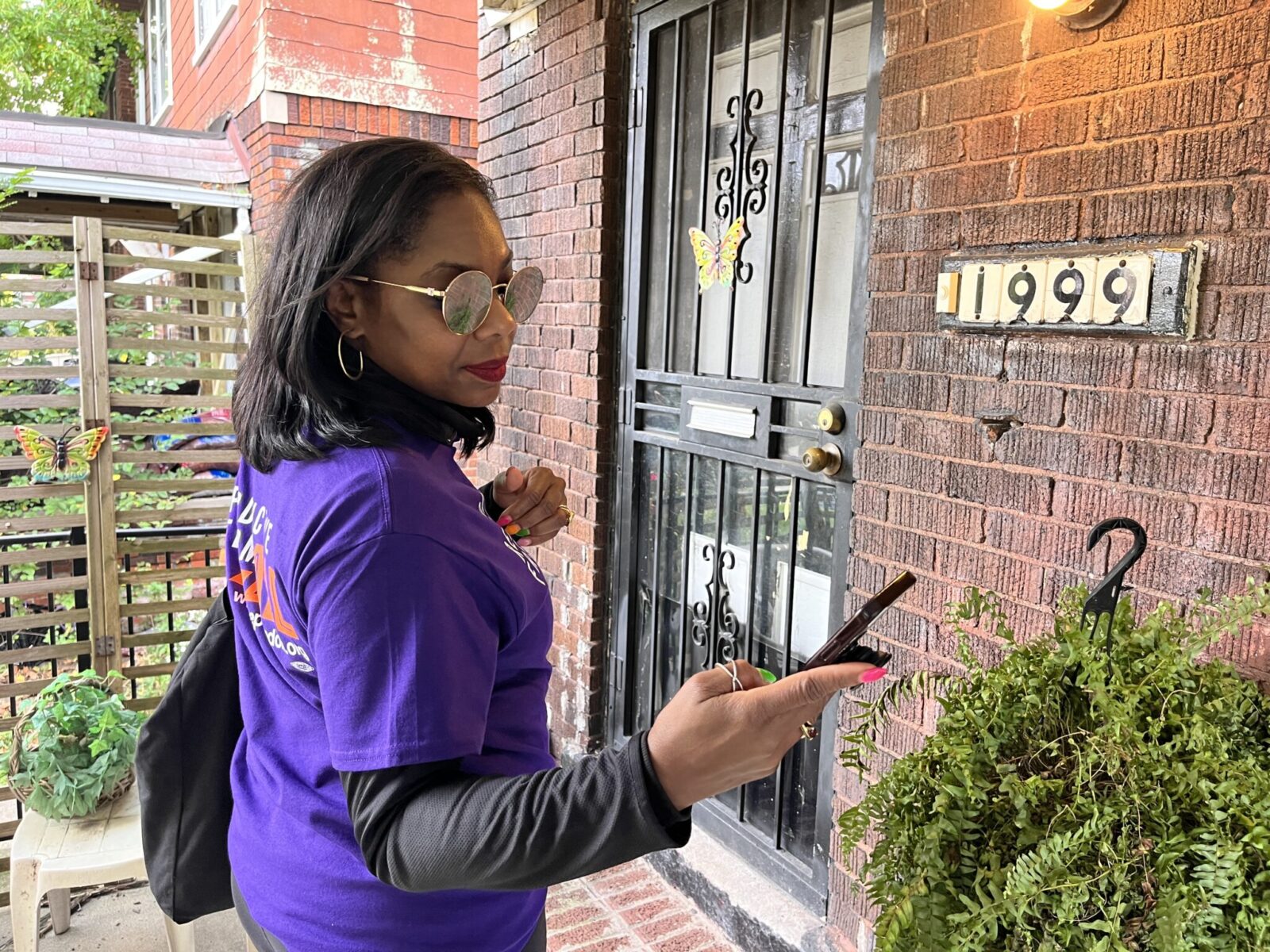 “They recognize that if Michigan wins, they all can win,” said Nicole Wells Stallworth, Planned Parenthood Advocates of Michigan executive director. “For them, it means that some of their patients who have lost access [to an abortion] will have a safe place for access here in Michigan.” // Michigan Advance

Whitmer called June 24, the day Roe was officially overturned, “a sad day for America” as she shared her fears for her two daughters who wouldn’t be allowed the same reproductive rights she’s had her entire life.

“I will fight like hell to protect every Michiganders’ right to make decisions about their own body with the advice of a medical professional they trust,” the Democratic governor said. “I will not give in or give up for my kids, your kids and the future of our great state.”

Dr. Sarah Wallett, Planned Parenthood of Michigan chief medical officer, held a press conference the day the ruling came down to discuss what the ruling meant for Michiganders.

“My heart is breaking for the millions of patients living in states that will cut off abortion access today and in the days and weeks to come. … We are not going anywhere,”  she said. “I’m going to leave this press conference and go continue to provide abortions to patients who need them here in Michigan and we will never stop fighting to protect abortion access.”

Proposal 3, which was largely backed and supported by Democratic leaders, fared better in Michigan’s more rural and conservative counties during the Nov. 8 election than some of the candidates who supported the amendment. Some of those counties, especially in the upper peninsula, are considered abortion deserts.

Twenty-six of the state’s 83 counties voted in support of the measure. Proposal 3 won in eight counties that Democratic Gov. Gretchen Whitmer lost on Nov. 8 — Gogebic, Keweenaw, Alger, Emmet, Manistee, Van Buren, Calhoun and Midland counties. The proposal won with 56.7% of the vote statewide and Whitmer beat her Republican opponent Tudor Dixon with 54.5% of the total vote.

“It’s consistently said that, by and large, Michiganders support giving access to reproductive rights and abortion access, and this was a nonpartisan issue,” said Darci McConnell, the Reproductive Freedom For All (RFFA) campaign communication director. “And so I think, certainly, the support that we received from all walks of life bears that out.” 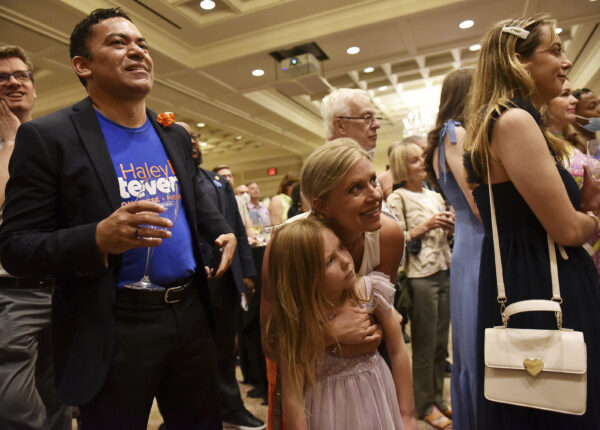 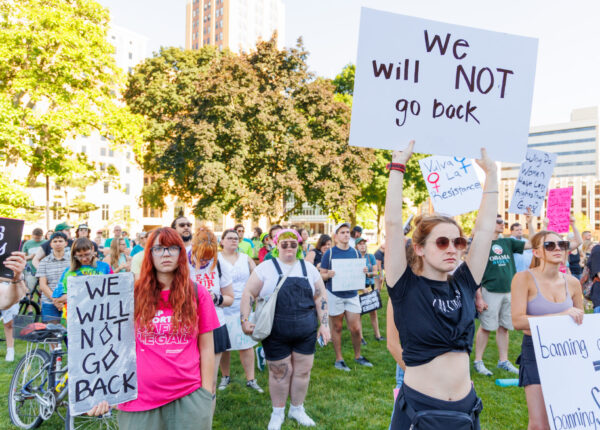 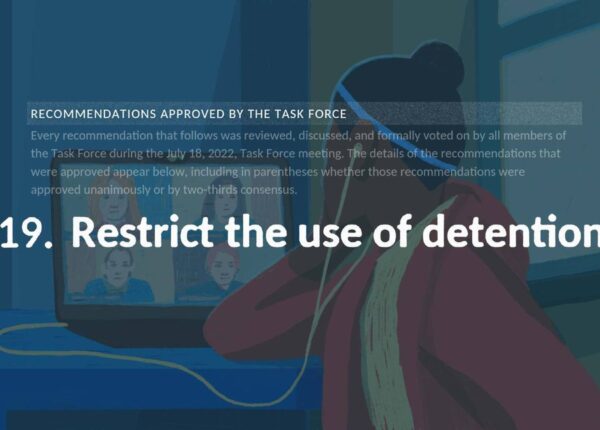