Screenwriter Álvaro Rodríguez fell in love with movies and writing while growing up in south Texas.

His touchstones were the works of Edgar Allan Poe, Sir Arthur Conan Doyle, and Stephen King. “Night Shift,” King’s first collection of short stories, was, as Rodríguez put it, his “gateway drug.”

“I loved the feeling of going on a journey with these stories, using deductive reasoning or exploring the dark side of things,” says Álvaro, 50. “They fueled my dreams and sparked something. Plus, they are all such masters of language, their words roll off the brain when you read them in your inner tongue.” 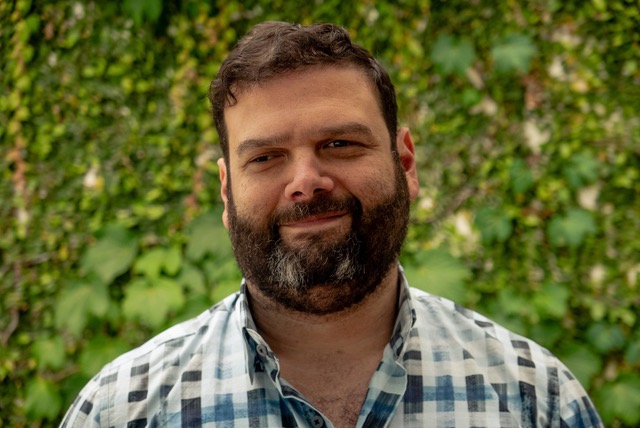 Get our digital editions, magazines, and more

When he was about 10 years old, Álvaro recalls being at his grandmother’s house with his cousin, the celebrated and award-winning filmmaker Robert Rodríguez.

“Robert was a huge influence on me from an early age, and I think that relationship was cemented from the time we were in high school,” Álvaro says. “Back at St Anthony’s High School Seminary in San Antonio, Robert was known as ‘Video Bob’ because he always had VHS dupes of movies and would ‘rent’ them to me, everything from ‘Friday the 13th Part IV’ to ‘Kiss of the Spider Woman.’

“They even made a short (film) about it called. ‘Hi, Rob’ — Robert comes home and opens the door to his room, flicks on the light switch to find Álvaro sitting there in the dark, waiting for him.

“The title refers to the sole line of dialogue in the short, which I say before Robert pulls a gun and shoots me, replete with smoke and sound effects and a nice stinger on the soundtrack,” he says.

When Robert Rodriguez was making “El Mariachi,” he asked his cousin, a fledgling musician, to write a couple of songs for the low-budget action film.

Made for a meager $7,000, the independent movie won the Audience Award at the 1992 the Sundance Film Festival and grossed $2 million at the box office. 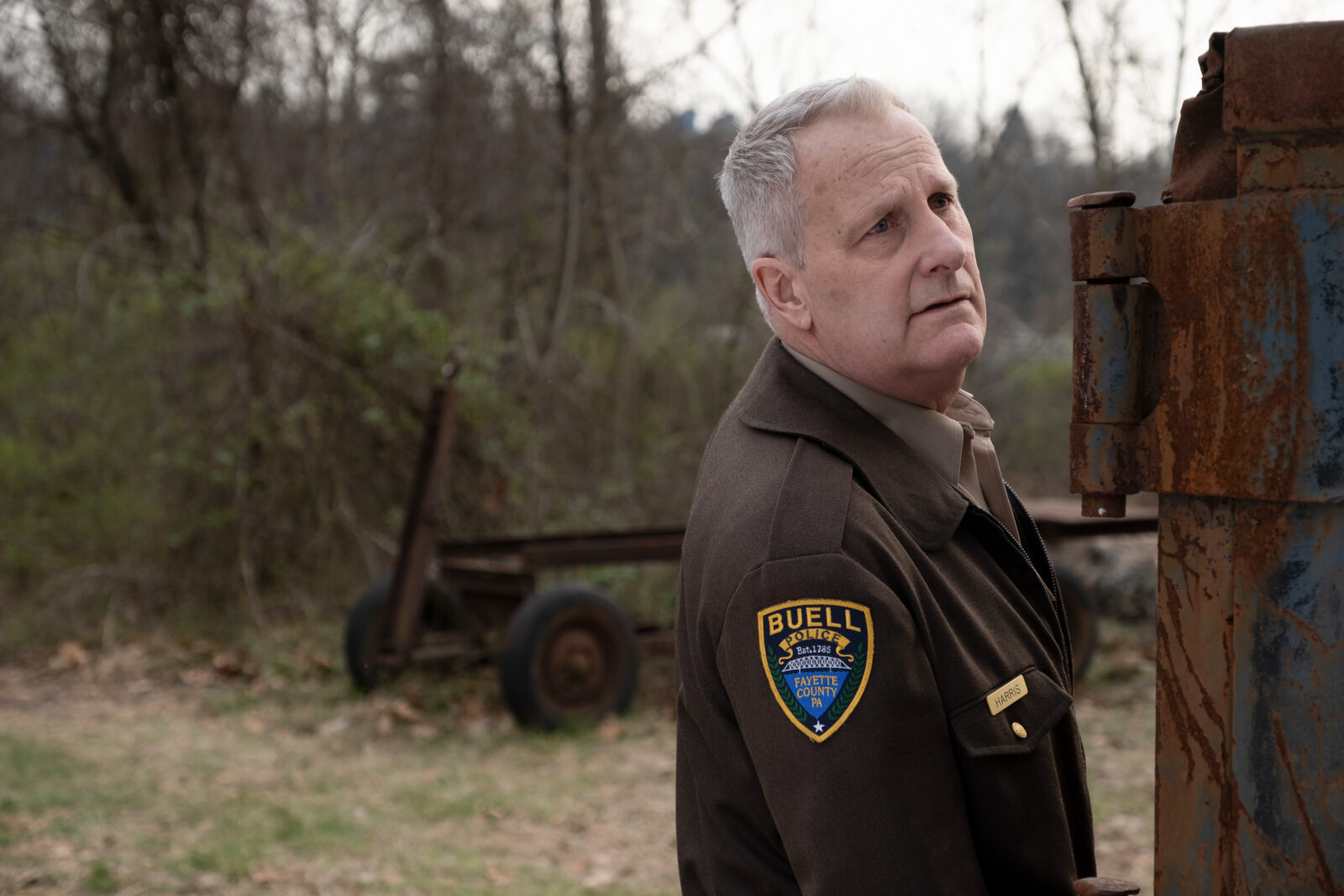 Initially, “Machete” was a faux movie trailer created solely for “Grindhouse,” a 2007 double-feature by Quentin Tarantino and Robert Rodriguez, a playful take on 1970s B-movie violence and horror-movie gore. While “Grindhouse” was not a box-office success, the “Machete” trailer became a cult hit.

So the Rodriguez cousins wrote and developed a feature version of  “Machete,” expecting it to be a direct-to-DVD production. But when actors such as Robert De Niro, Lindsay Lohan, Jessica Alba, and Don Johnson signed on to star alongside Danny Trejo as Machete, the 2010 film went theatrical and became a cult hit, and spawned a sequel three years later.

Since then, Álvaro, has gone on to be a writer on numerous series, including “From Dusk Till Dawn,” and story editor on the NBC series “Chicago Fire.”

His recent film credits include writer and co-producer on the feature film “The Last Rampage” (2018), and co-creator and executive producer of the 2019 adult animated series “Seis Manos” on Netflix.

Most recently, he served as writer-producer on the Showtime series based on a book by the same name, “American Rust,” starring Jeff Daniels and Maura Tierney. 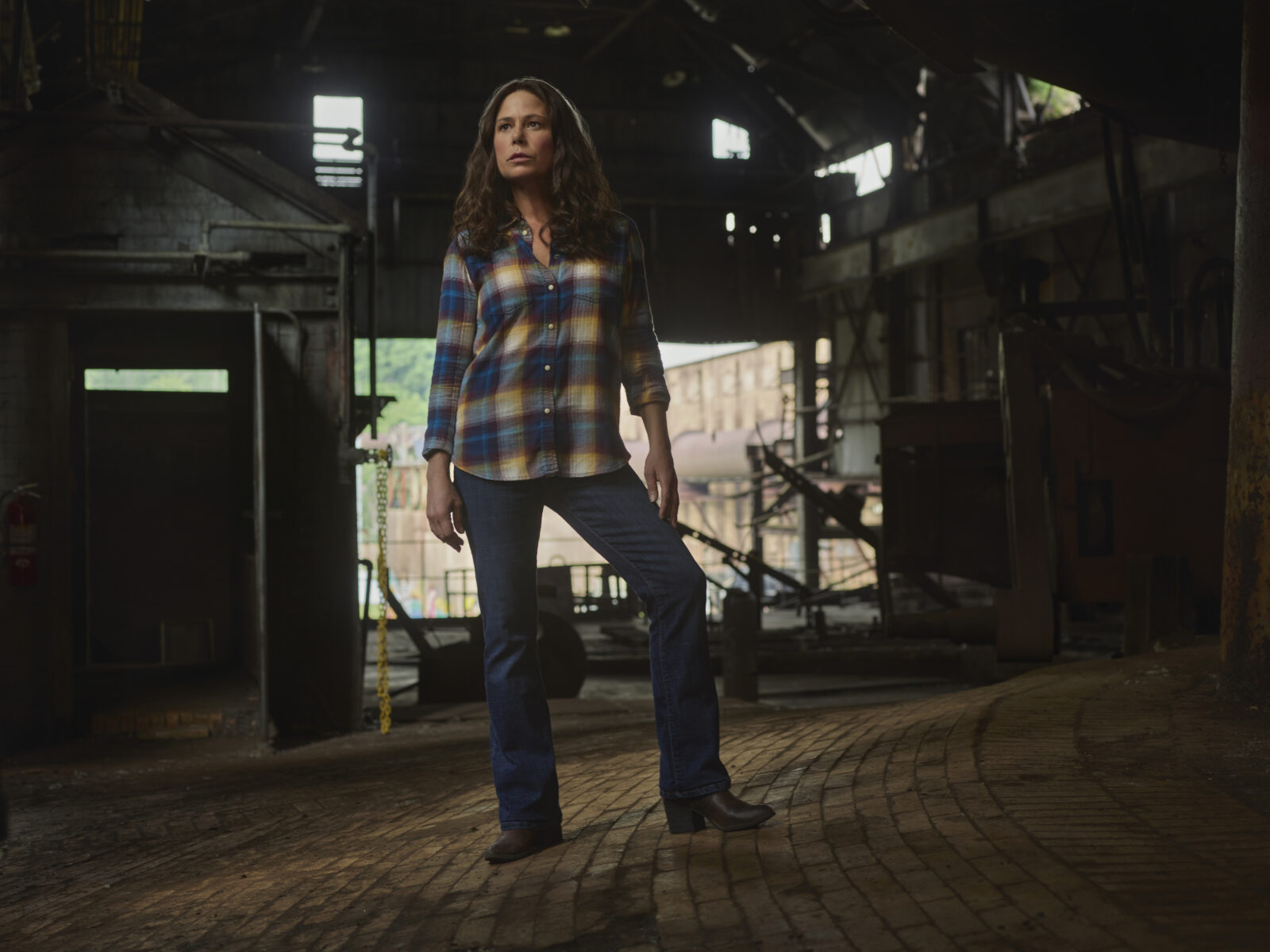 Set in Buell, a fictional town in Fayette County, Pa., “American Rust” is a crime and family drama about a small-town police chief who finds himself in a moral quandary when the son of the woman he loves commits a crime.

Álvaro spent two months in Western Pennsylvania for the filming and shared his thoughts on his experience working in that corner of Postindustrial America.

How did you get involved in this series?

I had read the novel years before. My managers submitted a spec pilot I had written, “Whiteboy,” set in West Virginia. That got me an interview via FaceTime with the showrunners and I was offered the job shortly after.

What was it that attracted you to the story?

I loved that this was going to be the story of a town — of the complex relationships between lovers, siblings, parents and children — and still have a noir element to it. It’s about the limits that we think we won’t pass beyond, and then we do. How far will you go for love? Also, I love stories about the things that keep us bound to a place, and what cuts the tethers that hold us there.

“American Rust” is about all of those things. Of course, I was also instantly drawn to the story of Isaac English, a half-Mexican, half-Anglo young man struggling with his sexuality and the journey he would take to discover himself.

I kept thinking of a quote from Allen Ginsberg — “naked and trembling before the machinery of other skeletons.” It’s like that Joseph Campbell saying that “every outward journey is an inward journey”; although Isaac is running away from western Pennsylvania ostensibly to go to school, he’s really running toward himself and who he is becoming. I love that.

What was the experience like filming in western Pennsylvania?

Pittsburgh and its environs is a very special place. It’s incredibly immersive, and the more time you spend there, the more it affects the story you’re telling. There are incredible resources in Pittsburgh, from locations to crew, all up and down the production chain. It was a thrilling experience to be able to film there with such talented people in front of and behind the camera. 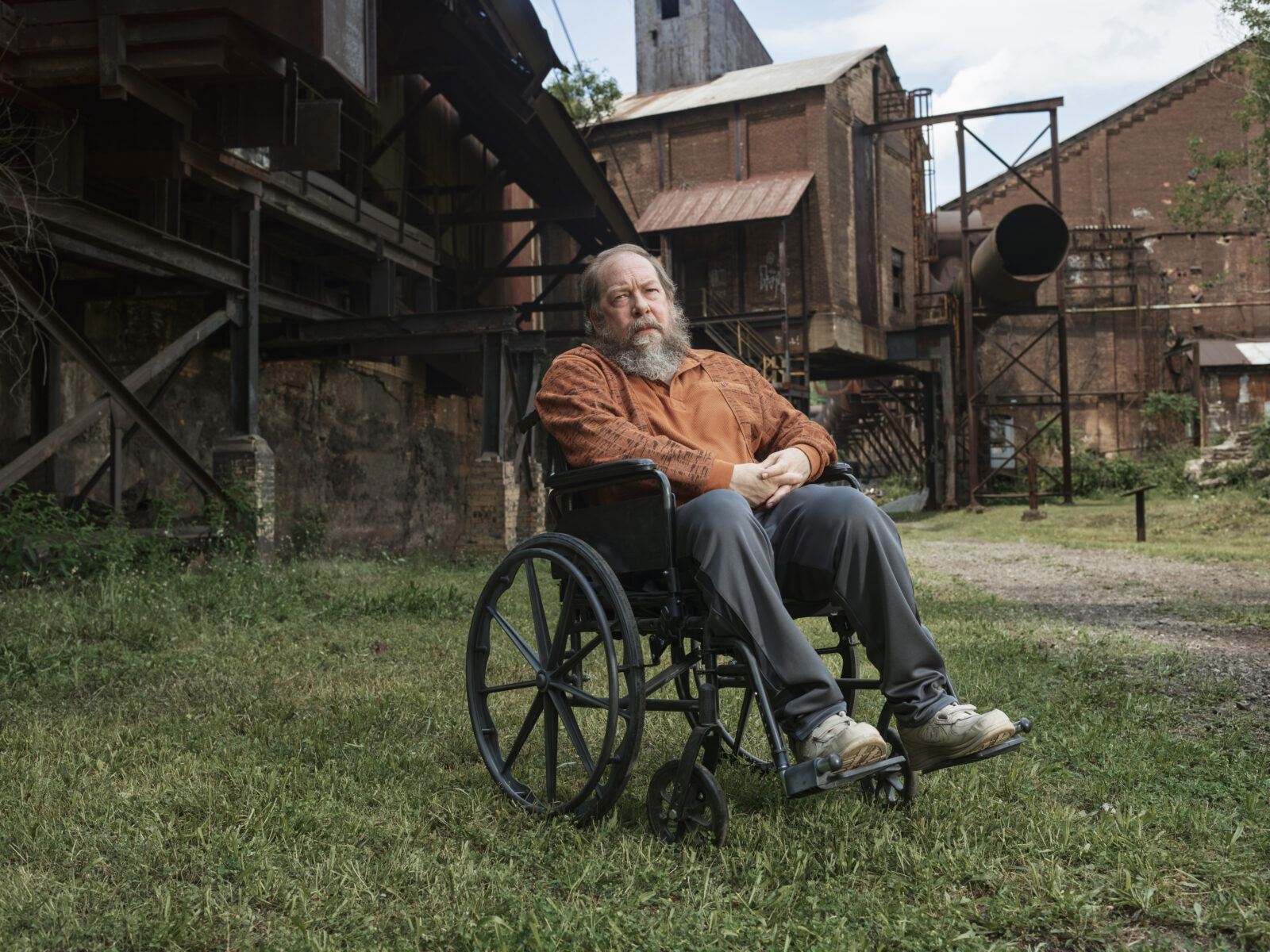 How important was it that it be filmed in the place where the story is set?

I think it’s invaluable to film in the place where the story is set. It’s like immersion — everywhere you look, you see echoes of your story, your characters, the world you’re in. So for all the reasons I mentioned earlier, plus the feeling of authenticity, it’s incredibly important that “American Rust” be filmed here in Pittsburgh, Monessen, Monroeville, Ambridge.

The sample you submitted to be considered for this job was a story that took place in West Virginia. Is there something you find in this region that makes it a good place to set stories?

There’s always something interesting that comes in times of transition, and these last couple of decades have felt very transitional.

I think when you look into a place with a lot of history — like this region — in a state of transition, you find interesting remnants of the past doing battle with the uncertainties of the future. Hopefully that lends itself to interesting storytelling.

Why are stories like this, set in Postindustrial America, crucial? What is attractive about them?

I think it goes back to the uncertainty of transition. “What’s next?” You ask that question and it opens up possibilities. The fact that “American Rust” is set in 2014 is interesting because we’re in a time before the 2016 election, but it’s just around the bend, and although the show isn’t political per se, that can’t help but bleed into the world a little.

Stories set in Postindustrial America are interesting to write and live in because they take us out of our comfort zone, keep us disoriented, out of sorts, in crisis. That’s where drama comes in. That’s what I hope “American Rust” can become — that blend of character drama, bits of a town, and a fatalistic noir feeling that comes from simple human frailty and a need to be loved. 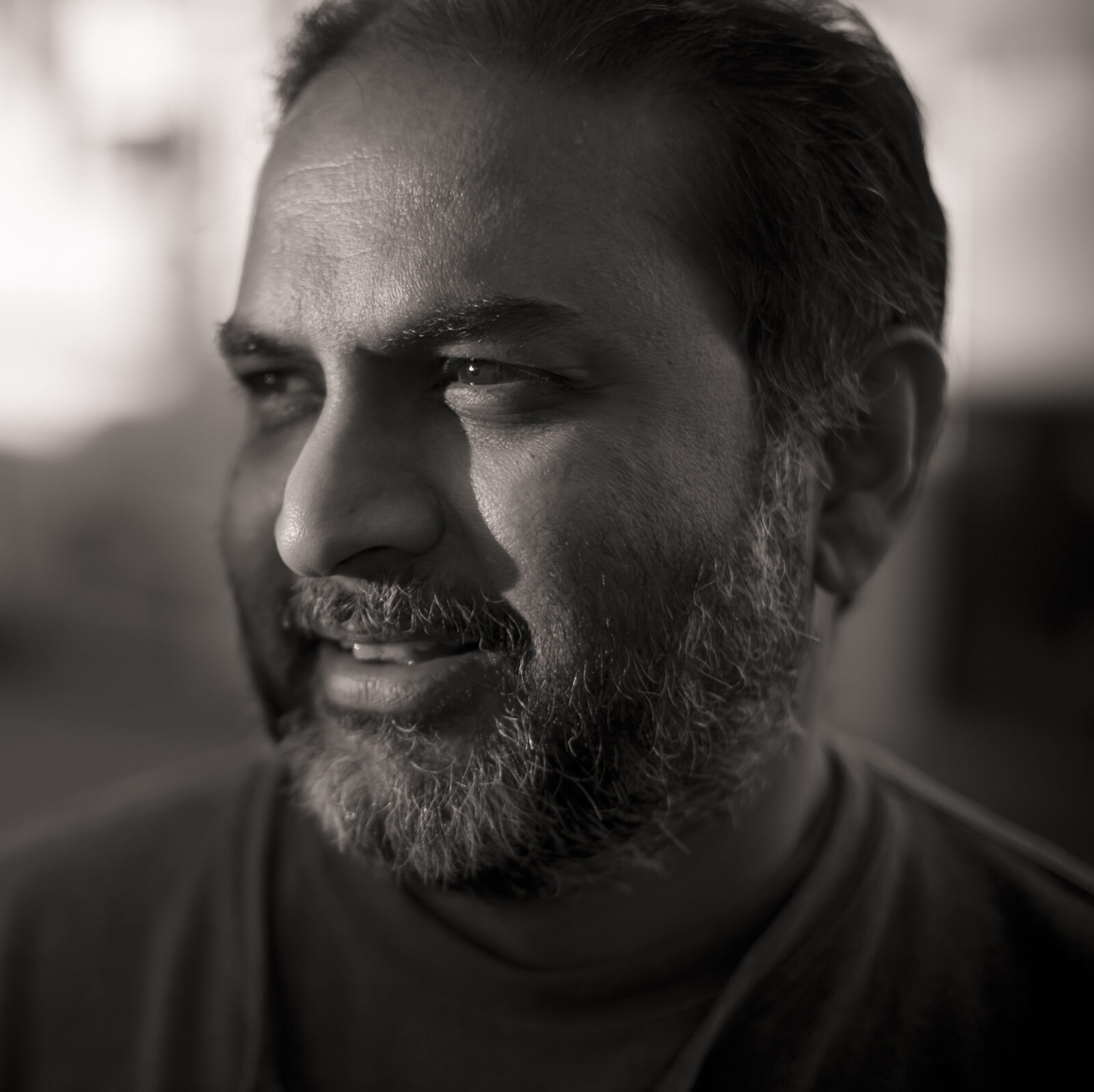 Ramesh Santanam has covered politics, government, the courts, and local news for more than 20 years, reporting for both daily newspapers and The Associated Press before writing for Postindustrial. He is based in Pittsburgh.