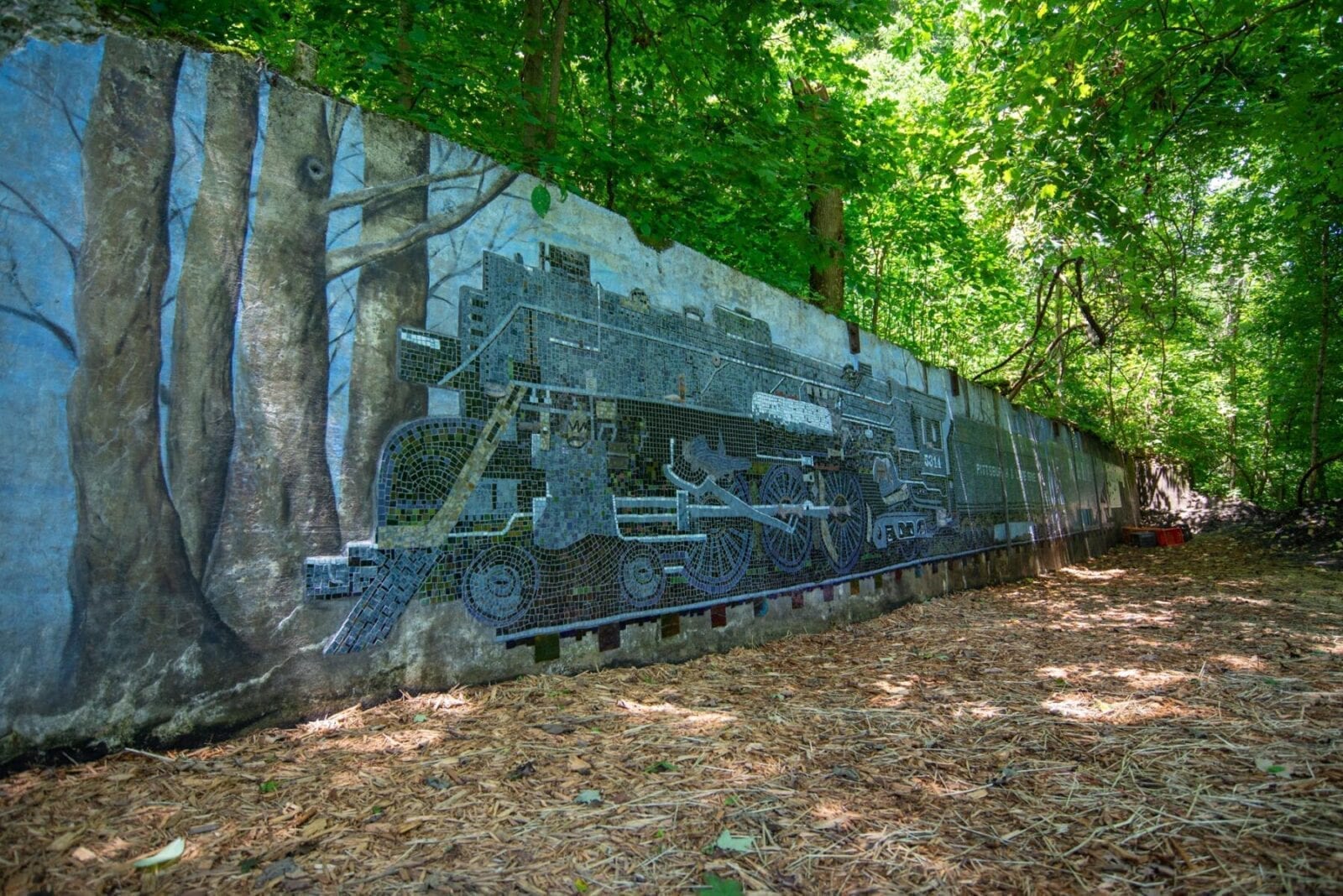 “The Great Train” by Pittsburgh’s Stevo Mosaics at The Ruins Project, an outdoor museum in the ruins of a former coal mine in Fayette County, Pa. located along the Great Allegheny Passage, a 150-mile trail stretching from Pittsburgh, Pa., to Cumberland, Md. (Photograph/Cindy Meixel)

It was the foreclosure that artist Rachel Sager always wanted.

Yes, that house was up for a new owner. In 2015, Sager was living in Pittsburgh but unlike thousands of people who moved from the country to the city, she chose to return to Fayette County, in rural Pennsylvania. She’d grown up admiring that house.

“We’d drive down to the bike trail and it changes the way you feel — you can smell the river before you see it and when we passed the house I’d say, ‘I love that house so much, I could live in it.’ I’d have a catch in my heart. It was a manifestation without realizing it,” Sager said.

Even though the house was dilapidated and had  snakes in the ceiling, she bought it. She joked: “I bought a coal mine by accident.” Only after she purchased the rundown house did she realize the significance of the Banning No. 2 Coal Mine — today a tableau for mosaic artists around the world to tell the story of a town that grew up around coal.

There, she created The Ruins Project. She’s turned the property into a place for artists to create stories in mosaic of the heritage and history of the region.

“I pretty quickly saw a potential for it to be a canvas for our kind of art,” said Sager, a classically-trained mosaic artist. “I’d been teaching the kind of mosaic that uses the classical language of the Romans and the Greeks … it’s based in the old language and the old tools but I use the local language, the Pennsylvania shale, and sandstone, and I use my voice.”

Gradually, she gutted the house and built a studio, which opens to the bike trail on the 150-mile Great Allegheny Passage that stretches from Pittsburgh to Cumberland, Md.

The trail cuts through the Appalachian Mountains and skirts alongside the Casselman, Youghiogheny, and Monongahela rivers, passing through communities that otherwise might not get so much traffic — towns like Whitsett, Fayette County, population about 200, where the Banning No. 2 coal mine once employed more than 600 people.

“These places are marginalized and misunderstood in so many ways. And I understand the people that I come from and it’s always been very heartbreaking to me for these people to lose their stories and their place,” Sager said. “It’s not just art for art’s sake; it’s very much about bringing lots of people together. Lots of my people are people who are upwardly mobile and have the means to travel and they are coming through here and they are eating up this story that everyone else has forgotten about.”

Artists from other parts of the country are helping to tell those stories. Margy Cottingham of Wisconsin created “The Coal Miner Portrait.” Polly Loy of Ohio is an artist on The Hot Metal Wall, at The Ruins. Karen Dimit of New York is creating “The Youghiogheny Sphinx” and Cindy Robin from Chicago is creating “The Miner Angel” — those pieces have not yet been installed.

“Everything is helping to tell the story of American coal. It fueled the Industrial Revolution and all this culture grew up around it and it was so booming for 80 years or 100 years and then it just disappeared and all these little towns have been left behind and forgotten,” she said.

Another part of the project is the map room: Artists are creating countries through murals. Sager is creating the borders and artists are filling in the details.

“Immigrants came to work here in this mine and they literally came for the work and they stayed,” she said.

Created by Henry Clay Frick’s Pittsburgh Coal Co., Banning No. 2 was once one of the most prosperous mines in the Youghiogheny River region, employing more than 650 miners. The town of Whitsett grew up around it — a coal patch. Families depended on the mine to earn a living, where bituminous coal ran through the ground — a sort of gold rush of another era.

Less than a decade after that, coal ceased to play a major role in the village, and the population slowly began to decline. Today about 200 people live there.

Sager trained in the “andamento” — the mosaic language of the Classical Greeks and Romans. Inspired by that classical style, Sager uses the materials of Western Pennsylvania in her work.

She uses Italian stone, but also glass culled from the Yough River. There’s “smalti,” a sought-after mosaic glass made in Italy for hundreds of years. But she also goes into the river to look for stones, shale, and other bits that might form part of a mosaic.

“That’s the beautiful thing about the river, it’s always bringing you something new,” Sager said.

She used to teach but now, she said, The Ruins Project is her work.

“It’s beautifully falling into place and some of the most emotional times for me are I love introducing the stories of people who are far away who have never heard of coal, but when I get people who come to the mine and tell me stories, that’s when I get choked up,” she said.

The Ruins Project is at 549 River Road, Perryopolis, Pa., at mile marker 104 along the Great Allegheny Passage. Tours can be booked at ruins.sagermosaics.com. 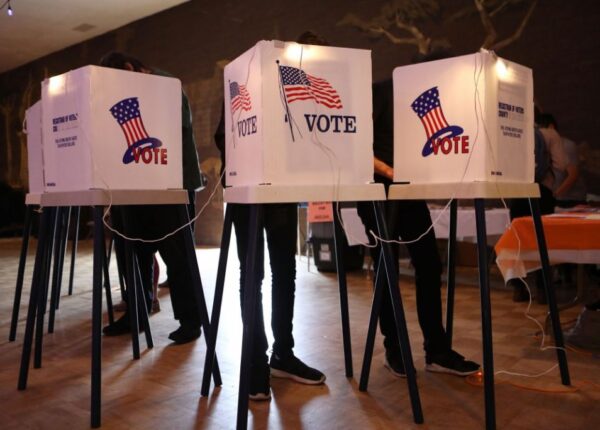