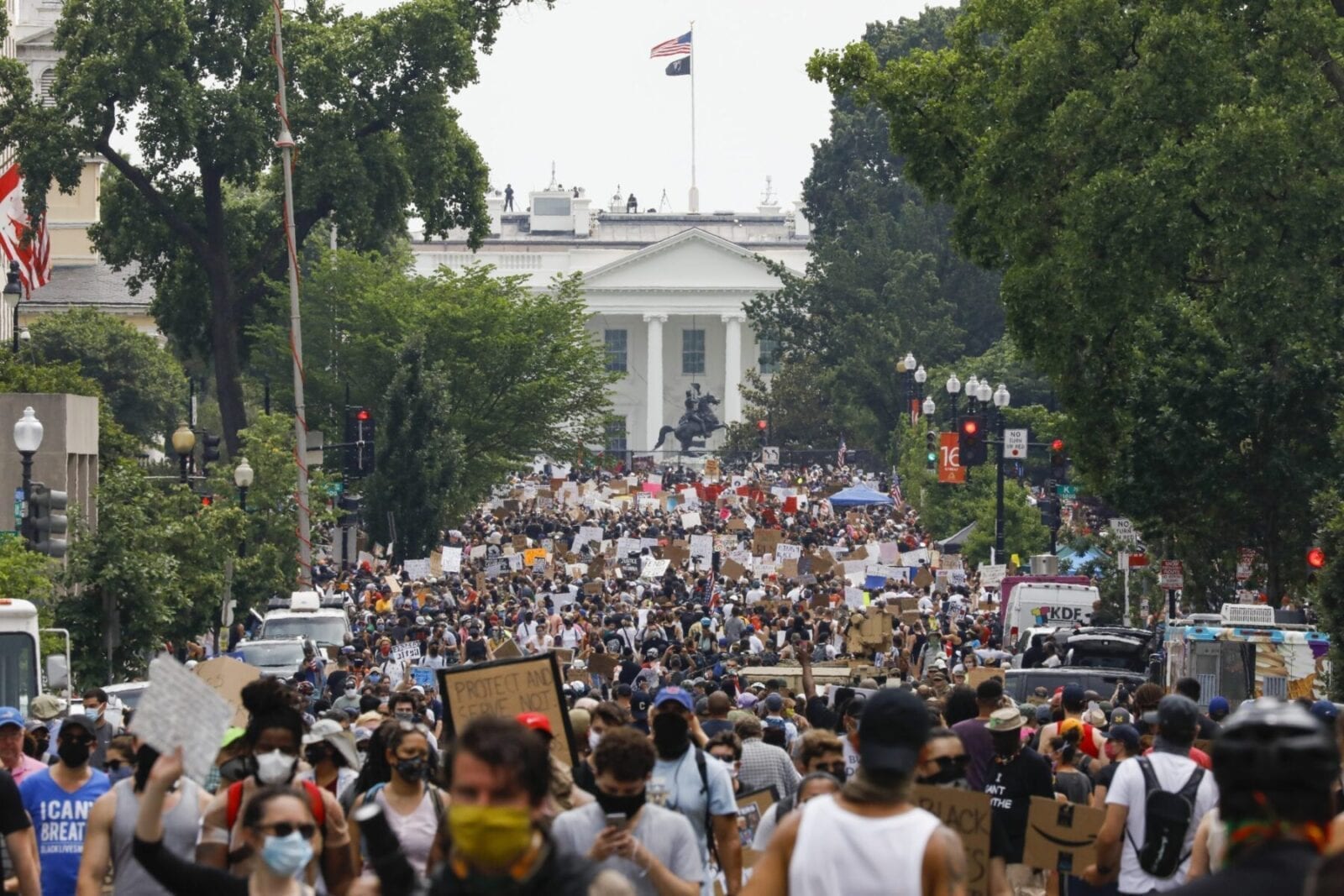 Demonstrators protest on Saturday near the White House in Washington, over the death of George Floyd, a black man who was in police custody in Minneapolis. Floyd died after being restrained by Minneapolis police officers. (AP Photo/Jacquelyn Martin)

Amid the greatest social upheaval since the civil rights movement, more leaders are pressing for reform including a ban on potentially fatal, restrictive holds by police like the knee-to-neck move that resulted in George Floyd’s death on Memorial Day in Minneapolis.

Minneapolis just agreed on Friday to ban chokeholds and neck restraints. It’s a technique that’s been abandoned by many police departments and rejected by experts for years.

“It’s… something not to be done. You don’t put someone in a prone position and apply pressure,” said Dr. Cyril Wecht, a world-famous forensic pathologist based in Pittsburgh, told Postindustrial.

“You have a guy handcuffed, you sit him up, that’s what you are supposed to do, against a tree trunk the tire of the car, something, and allow them to breathe. That’s what needed to be done and they did not do it.”

Wecht should know: He conducted medical examinations into the deaths of Jonny Gammage and Charles Dixon. Both were African-American men who died of asphyxiation during encounters with police. Wecht is best known for his vocal criticism of the Warren Commission’s investigation of President John F. Kennedy’s assasination.

In the 1995 Gammage case, the officer was acquitted. In the Dixon 2002 death, no charges were filed, even though Wecht recommended it.

“Law enforcement needs to be more disciplined. We need to revolutionize the entire process of who becomes a police officer and what the requirements are,” Wecht said. “The education process should be extended and then the pay should be increased.”

Bowling Green University professor and author Phillip Stinson described what he saw on the video of Floyd’s death “the gleeful application of street justice” that cries for wholesale changes in the department.

“The fact that none of the officers threw him off of Mr. Floyd suggests to me that if you peel back the police curtain in Minneapolis that type of activity goes on with impunity,” said Stinson, who studies police integrity and is the author of  “Criminology Explains Police Violence,” released in January.

“When I was a young cop in New Hampshire in the mid-1980s it was clear that the technique used here — knee to the neck — was not appropriate. We were taught that it was the application of deadly force. In my mind, it’s shocking….it’s quite obvious to me it was outside the official training of a police academy.”

He also questions the officers who stood by and did nothing.

“The fact that none of the officers threw him off of Mr. Floyd suggests to me that if you peel back the police curtain in Minneapolis that type of activity goes on with impunity,” Stinson said.

"We need to revolutionize the entire process of who becomes a police officer and what the requirements are."

Elected officials in New York, Chicago, Pittsburgh, and Minneapolis, among others are calling for more oversight, investigations, and other changes aimed to improve policing.

But Stinson pointed out “we have more than 18,000 state and local law enforcement agencies and they have their own cultures.

“Policing is broken in this country because we see the same things over and over again,” he said. “I don’t know if there are easy fixes. Especially as to black men and boys, who are often the victim of police brutality.

“I believe this happens with impunity around the country on a regular basis the only reason we know here is someone recorded it and it went viral,” Stinson said. “Otherwise it would have been written up as part of a report. Nobody would pay any attention to it.