A protester carries his rifle at the State Capitol in Lansing, Mich., Thursday, April 30, 2020. Hoisting American flags and handmade signs, protesters returned to the state Capitol to denounce Gov. Gretchen Whitmer's stay-home order and business restrictions due to COVID-19 while lawmakers met to consider extending her emergency declaration hours before it expires. (AP Photo/Paul Sancya)

His voice raspy from, as he says, talking to anyone who will listen, former gunshop owner Darrell Sivik said what he long feared is now unfolding.

“Everyone’s mad because the government is letting them down. And the more they get mad, the more the government cracks down on them,” said Sivik, 72, a resident of rural Crawford County, in northwest Pennsylvania bordering Ohio. “The problem is that the people have lost control of their government. We have to self-impose term limits on government officials. What is the definition of insanity? Doing the same thing over and over again and waiting for it to change.”

In the 1990s, Sivik became a figure of local acclaim in the postindustrial town of Meadville, Pa., for his message: He told anyone who would listen to arm themselves because he worried the federal government would constrict citizens’ rights, particularly their Second Amendment rights. He stockpiled weapons — and served four years in federal prison for possessing illegal weapons. He founded the Pennsylvania Gun Owners Association and later helped form the loose-knit Braveheart Militia. His was echoed in mostly smaller towns throughout the country as more people formed citizen “militias.”

There are millions of people in Postindustrial America like Sivik. Not because of what he believes in, but because of what he doesn’t: Just days before one of the most important presidential elections in American history, public trust in our government is at historic lows.

While America has long thrived because of those with differing opinions, experts observe an erosion of trust and anger, now poses the threat of more violence. And in fact in the key state of Pennsylvania, elections officials and state and local police are prepared for clashes at the polls.

“The boiling-over resentment has to do with partisanship taking on a lot more meaning and so any win to the other side is a direct loss to you. It becomes a Machiavellian fight of, you either win or you lose,” said Alexandra Filindra, an associate professor of political science at the University of Illinois in Chicago. “It means when Democrats are in power, Republicans hate it, and vice-versa.”

"The problem is that people have lost control of their government."

Though part of the American cultural dynamic is skepticism in government, people became increasingly polarized over issues of race and class starting in the 1960s, said Filindra. Her specializations include racial prejudice and its effects on policy, and political psychology.

Pew began asking Americans about trust in government in 1958. Then, about 75 percent of those surveyed said they trusted the federal government to “do the right thing always or most of the time.”

That trust began eroding in the 1960s, continuing through the 1970s with the resignation of then-President Richard Nixon as a result of the Watergate scandal.

Since 2007, the share of those saying they can trust the government always or most of the time has not surpassed 30%.

Also eroded is the public’s trust in the media, which for generations provided trusted news about government at all levels, and demanded a level of accountability through reporting. A Gallup poll reported last year that just 41% of Americans have “a great deal” or a “fair amount’ of trust in newspapers, television, and radio to report the news fairly. 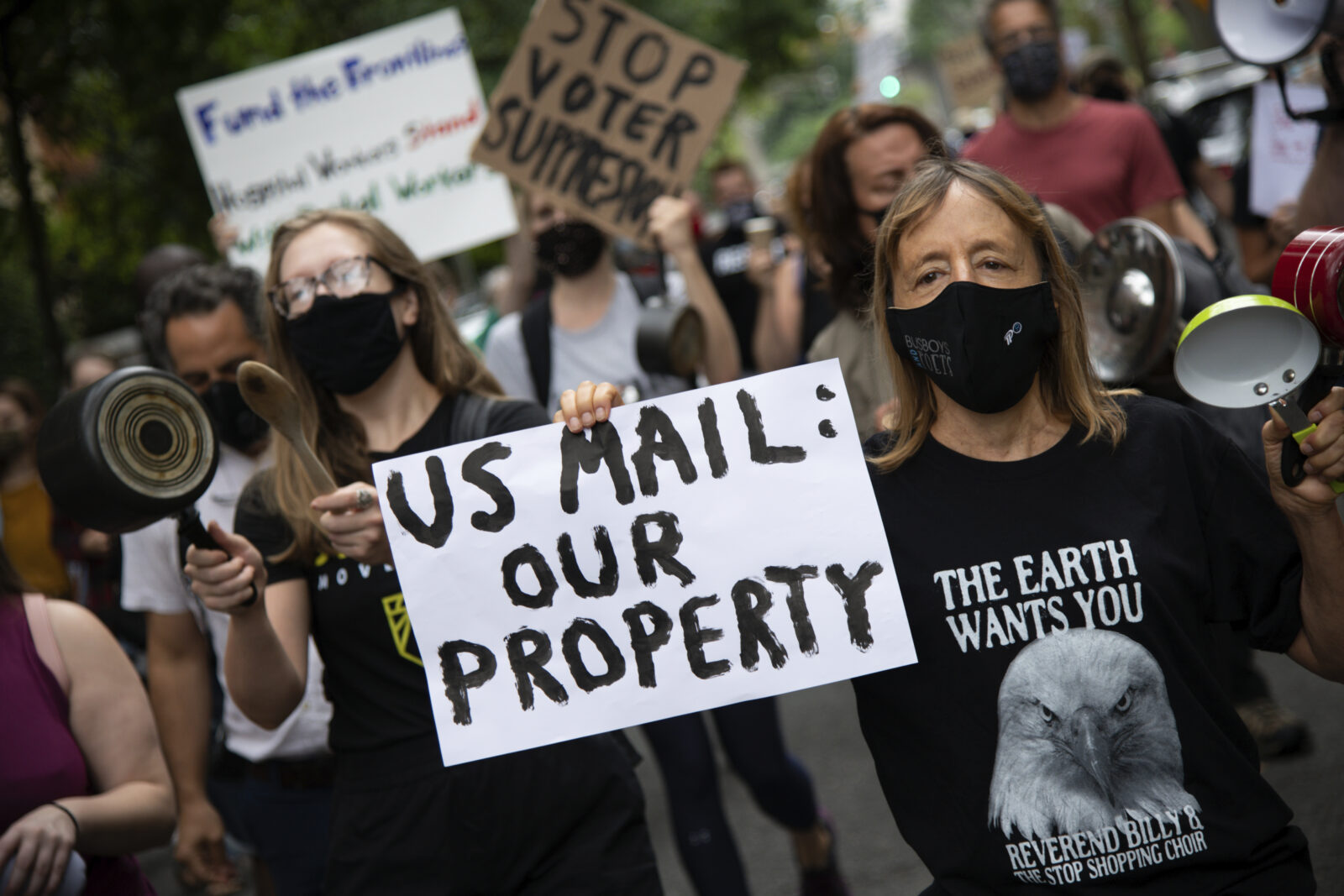 Protesters march to the residence of Postmaster General Louis DeJoy - a major Republican donor who President Trump recently nominated to run the United States Postal Service (USPS) despite concerns about conflicts of interest and lack of experience - to demonstrate against Dejoy's changes to the USPS, which many say are acts of sabotage to increase Trump's chances in a mostly vote-by-mail election in Washington, D.C., on August 15, 2020, amid the coronavirus pandemic. DeJoy reportedly has invested tens of millions of dollars in direct USPS competitors, and recently he has enacted many changes at the USPS that postal worker unions and election experts say will make the election difficult or impossible to carry out effectively. (Graeme Sloan/Sipa USA)(Sipa via AP Images)

“It is difficult to get over this antagonistic situation,” Filindra said. “The political parties have to tone it down and make people feel more comfortable and in the current climate. But we have a party that has no interest in doing that and feels that they benefit by fueling these fears so it is very likely that more so than over 150 years there is a real probability of violence after the election.”

To de-escalate, she said, political leaders, have to “get its people to stand down and should “stop using violent metaphors in their rhetoric.”

Sivik says that people who own guns are often stereotyped as wanting to shoot. The area where he lives is known less for political fervor and more for town pride and a robust small-business community. Residents are proud of their gun-carrying tradition — for the independence it represents, for hunting, and for protection and safety.

“Not everybody who owns a gun should use it,” he said. “There are people who collect guns for target shooting. Others don’t use it, it’s pride and joy. That’s the last thing a gun owner wants to do, is to go out and kill somebody. If you’ve never been in war you don’t want to have to be put into a situation and maybe take somebody’s life. If you know anyone who is a veteran, ask them.”

Sivik said it’s up to people to reclaim a government that represents them — by voting.

“We have lost our perspective as people and the real dangers of the world. People are forgetting their obligations and duty as a citizen. It’s your duty to go vote. You only have to vote once a year. So many people shrug that (off). In Europe, you get that day off to go vote. We don’t do that,” he said.

“People’s perspective has been slowly — not brainwashed but …what it means to be a citizen of a free state has been so maligned …. people don’t understand what it is anymore. My perspective is still the same and it’s more and more clear every time I listen to the news. I feel over the years it was a warning that what I was saying is coming true. It’s coming to a head,” he said.

Filindra compares the current climate to those that gave rise to the only war fought on U.S. soil.

“We are in essence creating the polarizing conditions of the American Civil War when partisan polarization was incredibly high and war took place,” she said.  “Regardless of whether today we think that the war was a good thing in the sense that America became more egalitarian, that does not negate the violence. We are recreating certain political conditions that are not far from the Civil War.” 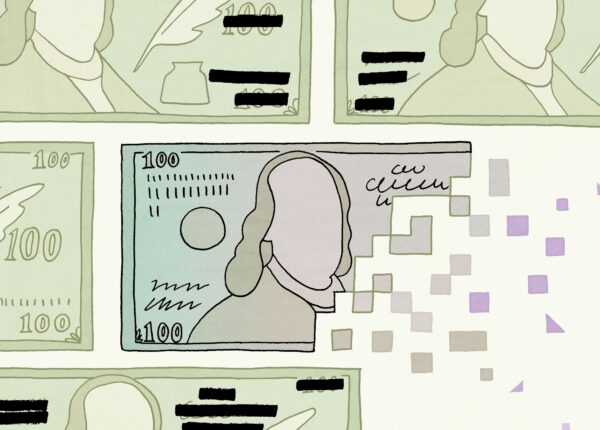 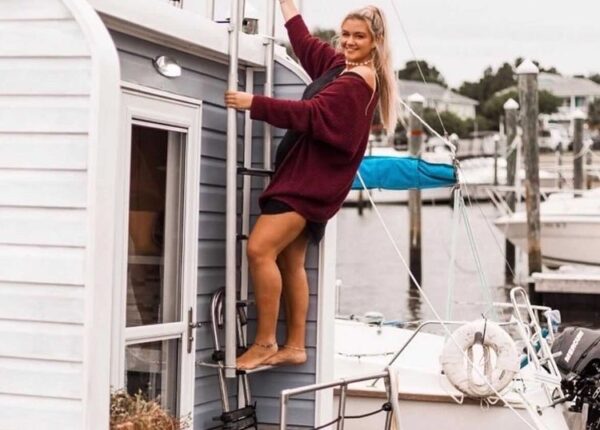 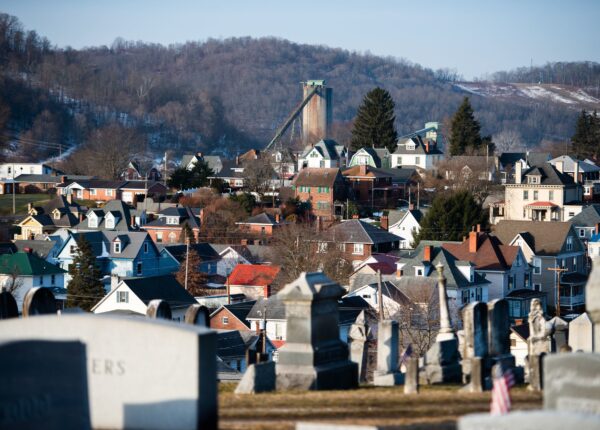