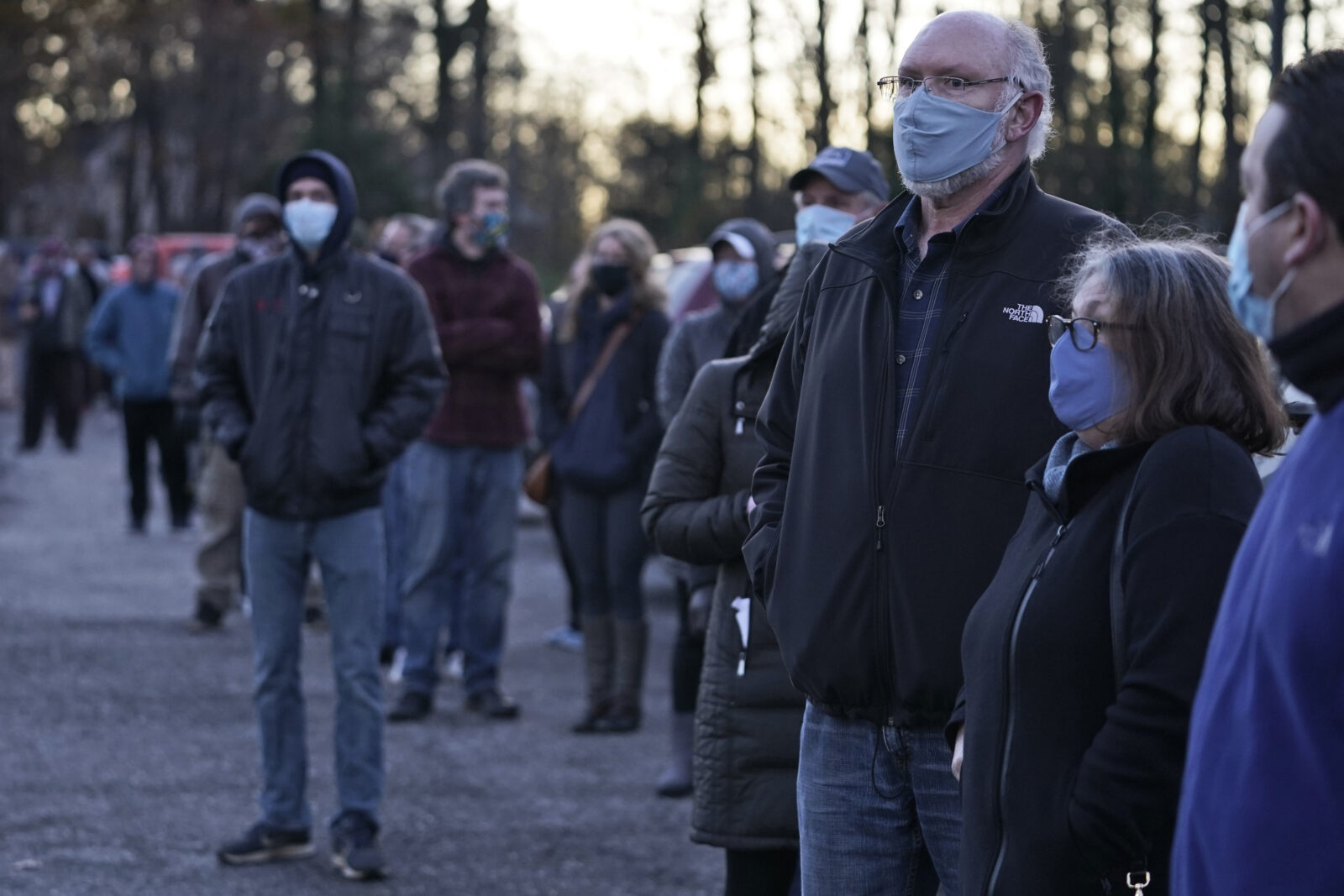 As of this morning, the Postindustrial states of Michigan, Wisconsin, and Pennsylvania were among the most closely watched in the nation as those that could determine the outcome of the presidential race.

At 9 a.m. EST, the New York Times projected Biden would win Wisconsin and Michigan, and Trump would win Pennsylvania.

The Associated Press reported this morning that a late burst of votes in Wisconsin from Milwaukee gave Biden a small lead. Hundreds of thousands of votes are outstanding in the three states.

Trump called for outstanding ballots not to be counted. He made claims of victories in several key states and said he would take the election to the Supreme Court to stop the counting, The Associated Press reports.

We will win this,” he said, as reported by the New York Times. “As far as I am concerned we already have won it.” He had not, in fact, won the battleground states he claimed as victories, like North Carolina, Pennsylvania and Michigan. Many states were still counting votes and had not reported any vote totals.

News organizations were quick to refute his false assertion of victory. At 2:20 a.m. Eastern, the president said it was “a major fraud on our nation” that he hadn’t been declared the winner. Television anchors rushed to refute him.

On election day in Pennsylvania, Ohio, Michigan, and Wisconsin a cadre of poll watchers were present and voters, sensitive about process, reported dozens of tips to ProPublica’s Electionland network today. Postindustrial Media is part of a coalition of newsrooms that is participating in the project, which investigates tips that voters report.

In Ferndale, Mich. one polling place opened late, voters reported. Throughout the nation, reports of long wait times in the morning, and precincts opening late spoke to a surge in voter turnout, apparent even before the end of the day.

According to The Associated Press, at least 98.8 million people had already voted before Election Day, about 71 percent of the nearly 139 million ballots cast during the 2016 presidential election.

In Pennsylvania, voters reported through Electionland at about 10:30 a.m. that there were no provisional ballots at a polling place in Etna, just outside the City of Pittsburgh.

Each polling place began the day with 100 provisional ballots, county spokesperson Amie Downs said, and the judge of elections a phone number to contact “rovers” if they get low.

“A voter should ask to speak with the judge and get it resolved,” she said.

The concerns capped an otherwise largely placid day of voting at polling places.

Some precincts in the western part of the state had thin to no crowds mid-day and not just poll watchers, but people to watch the poll watchers.

At Valley High School in New Kensington, voters reported no wait times between noon and 1. Terese Marie Connerton wanted to vote in person, while her husband voted by mail — he said, with no problems.

“A lot of people don’t have the opportunity to vote in person,” she said. “I trust the system.”

Republicans maintain an edge in voter registrations in Westmoreland.

In Penn Hills, a Pittsburgh suburb, there were watchers watching the poll watchers at about 1:40 p.m. Jasmine Cook, 24, of Pittsburgh’s North Side, was among at least three workers for Alliance for Police Accountability who were greeting voters at Penn Hills High School. The grassroots group advocates for improved community/police relations.

“I’m trying to get more of an understanding of the process and I wanted to get more involved,” said Cook, 24, of Pittsburgh’s North Side.

Chris Stanton, 26, of Wilkinsburg, was there most of the day on behalf of the same group.

Selena Schmidt of Pittsburgh spent part of the day helping with Ballots for Patients, a network of volunteers who people who are in hospitals to cast their ballot.

“I think to me, folks who are engaged and involved from all different walks of life, and all stripes, that’s the promise of a democracy, that we all help each other no matter what our backgrounds and be good citizens, but also, be good neighbors, neighbor to neighbor,” she said.

“We’re able to give people power when they feel most vulnerable,” she said.